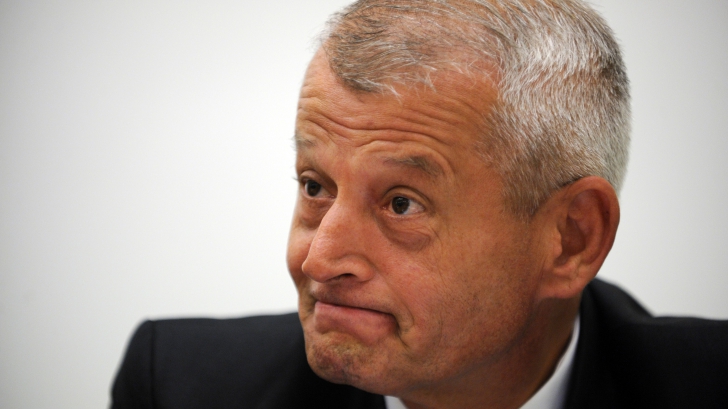 Romania is currently facing an “organized criminal circle in public institutions, which endangers the safety of the rule of law,” said yesterday Claudiu Dumitriu, President of the Alliance to Combat Abuses and vice president of the National Federation for Animal Protection, at the press conference that announced the establishment of the Social Group for Animal Rights (romanian: Grupul Social pentru Apărarea Drepturilor Animalelor – A.D.A.).

Public institutions have become “the worst plague of Romanian society” and “the physical safety of people who try to oppose the system is seriously threatened,” said Claudiu Dumitriu, on the same occasion.

A.D.A. was born due to the unprecedented abuses made lately by the Bucharest City Hall, who knowingly violates, through the subordinated institutions, the Court of Appeal’s decision to suspend the implementation rules for 258/2013 Act, also known as “Law Ionut”.

After the suspension of implementation rules of “Law Ionut”, the activity of the Authority for Supervision and Protection of Animals – ASPA, a body in the General City Hall, is practically outlawed, but city hall employees continued to catch and kill ownerless dogs.

Moreover – backed by unconditional support of Mayor Oprescu and of the force institutions within and/or collaborating with the city hall – local police and gendarmerie, ASPA employees and private firms contracted by ASPA, also illegal, got involved in activities which exceed by far any limit of the law: they attacked people on the streets to steal dogs walked on leash by their owners, they violated private properties and NGO shelters for the same purpose.

Therefore, part of the civil society promptly reacted: the citizens, outraged by the fact that the State institutions are those who deliberately and blatantly violate the law, rather than enforce it, took to the streets to document and draw attention to these illegalities.

But their public safety is seriously threatened and their rights brutally violated by the City Hall, not only because they are denied the right to free expression and Oprescu chose to put his fist in their mouths, refusing any form of dialogue, but City Hall employees, dogcatchers or the local police have even threated at the physical integrity of those who demanded nothing but respect for the law.

The Bucharest citizens are currently confronted with the totally unacceptable situation that commandos formed of ASPA employees, local police and private firms of dogcatchers engaged by the City Hall, escorted by masked men wearing hoods, are rampaging night after night on the streets of the city, in raids to capture ownerless dogs, in a very assumed violation of the law. Furthermore, in almost every night the citizens who ask for compliance of the law and the ending of the ASPA criminal practices are assaulted by the City Hall’s commandos.

In one of these raids was injured including a German citizen, fact which triggered the reaction of the German Embassy in Bucharest.

The echoes of the abominable and lawless acts commited by the public institutions coordinated by the Bucharest City Hall, under the leadership of Sorin Oprescu, already surpassed borders of Romania: more and more animal lovers from Germany, England and all across Europe announce their presence in Bucharest, trying to determine a law enforcement, in the situation that the Romanian state knowingly violates the law..

Yesterday, the MEP Stefan Bernhard Eck condemned the attack of the City Hall institutions against the Romanian and German animal rights activists.

And Janusz Wojciechowski, future president of The European Parliament’s Intergroup on the Welfare and Conservation of Animals, has already suggested for the european citizens to boycott the tourism in Romania, because “Romania is now under any standard of civilization” in the case of animals.

In addition, more and more foreigners who took part, along with Romanian activists, at the surveillance of the lawless activities of ASPA, said they will notify the authorities of their country and that they will require them to take a stand against the serious violations of human rights and the abuses commited by Sorin Oprescu, the Mayor of Bucharest, and ASPA.

The press release issued with the occasion of ADA’s establishment conference states: “Members of the Social Group A.D.A. are civil society representatives from different professional categories (students, teachers, journalists, lawyers, economists, doctors, literati, engineers, artists and many others) concerned about and involved for a civilized way of life in Bucharest and the good relations between administration and citizens. As such, we are involved in voluntary activities and support the solving of the stray dogs problem in a humane, civilized and efficient way. Please note that we do not want in any way the perpetuation of the stray dogs existence in the urban areas, but we have to strongly disagree with the authorities’ solutions for this problem, as long as the City Hall’s actions are damaging, abusive, barbaric and largely illegal.”

If the Mayor, being blinded by the huge financial interests involved in solving the situation of the ownerless dogs, is not able to manage a civilized relationship with those who elected him and put him in office, namely, the citizens of Bucharest, all he has left to do is to resign.

In any case, he is already toast!

* ”Old Man” is the slang expression similar to ”dude”, used in the southern parts of Romania and especially in Bucharest. The mayor Sorin Oprescu over-uses this expression, in a populist attempt to highlight the fact that he is born and raised in Bucharest. Sorin Oprescu uses the ”old man” way to adress to the other even in the formal public apparitions and in many official statements and lectures.