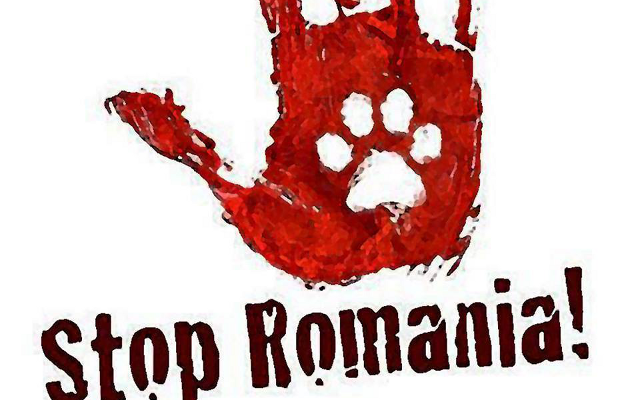 Echoes of the weeping and the desperate screams cried by the dozens of thousands, maybe the hundreds of thousands of ownerless dogs, which are literally tortured, brutally destroyed and killed in Romania, surpassed the country’s borders for a long time already.

Lately, a large group of reputed personalities from the fields of veterinary medicine, sociology, psychology, animal rights and others published an eBook that tries to draw attention of the EU officials about the unimaginable abuses committed by the Romanian state institutions against ownerless animals in Romania and even against its own citizens.

The authors primarily address to European Commission President, mister Jean-Claude Juncker, known lover and protector of animals, who is warned that tolerance and lack of taking position in front of abominable crimes that happen in Romania equates to a very condemnable complicity.

The book, entitled very brutal, bluntly, “The Invisible Rape of Europe”, presents, in a comprehensive manner and well documented, the psychological, financial, political, legal and human aspects of the eradication program of ownerless animals in Romania, starting with the Constitutional Court decision of 25 September 2013, which established that euthanasia is legal for dogs on the street, continuing with presentation of “Ionuț law” and of ASPA activity, as a mockery at everything it can mean a civilized state and a civilized society and ending with the shady businesses of the Romanian state institutions, made on the back of the innocent animals.

In this regard, the authors make a calculation, starting from the 11 million euros spent by ASPA in Bucharest, only in 2013 and 2014, which were spent for “managing” a population of dogs reported, also by the authorities, of nearly 65,000 animals, and the bewildering conclusion is: if the robbery and the murder made by the Bucharest City Hall are extrapolated at the number of dogs, which the same State institutions have estimated reaching 3 million across the country, the result is an astronomical sum of 400 million euro, public money available for the monsters with human faces, which made an extremely lucrative business with animal killing.

In the face of such a huge source of welfare, nor is it surprising, say the authors of the book, that none of the makers of Romania has no interest to search for and adopt sustainable solutions, to reduce the number of ownerless dogs in the streets. Even more, they adopt opposite measures and the adoptions of stray dogs are very hard, up to impossible, to achieve, due to a law conceived precisely for this. Why should the corrupt and criminal authorities in Romania want to fight for animal sterilization, for discouraging the abandonment and for supporting the adoptions, when the killing of the ownerless dogs proves to be, behold, such a lucrative business?

A huge deal, built on blood, torture and murder, a genocide nationally, which is kept under a full silence, in a taboo state, and only the brave, the upright, the dignified people, the humans with big hearts dare to draw attention about this atrocious business. Means of mass communication, the so-called celebrities and opinion leaders, the politicians, both at local and central level, all have chosen, out of interest, or simply superficially, to be complicit in this atrocity, through active participation and instigation to murder, or by simply ignoring the issue.

Different chapters of the book have, too, suggestive names, in an unequivocal condemnation of the criminal practices of the romanian authorities: “A Deficiency of Moral Leadership”, “Romania – Where Democracy and greed Collide”, “It is animal exploitation!”, “The Romanian Extermination Enterprise” or “The Romanian Outcasts – Orphans and Animals”.

Is not analyzed only the “ardor” of Bucharest City Hall, on exterminating the ownerless dogs in the streets, but are presented, in a highly critical note, the intolerable actions of local authorities in cities such as Brașov, Craiova and Râmnicu Vâlcea. The conclusions leave room for no doubts:

“In fact, the corrupt Romanian government executing the policy of animal mass extermination targets millions of sensitive people who are being socially marginalized and who are deprived of any legal or constitutional protection. The corrupt nature of such a deviant, murderous and criminal policy advocated by the state bureaucrats makes one believe that those who oppose violence are acting against the law and it is them who deserve condemnation.

In this sense, Romania is a corrupt country and those who keep silent on the question of human rights in Romania, including European Institutions, allegedly promoting democracy, are guilty of tolerating the evil, the frenzy of killings, and the erosion of human rights as well as the social crisis.”